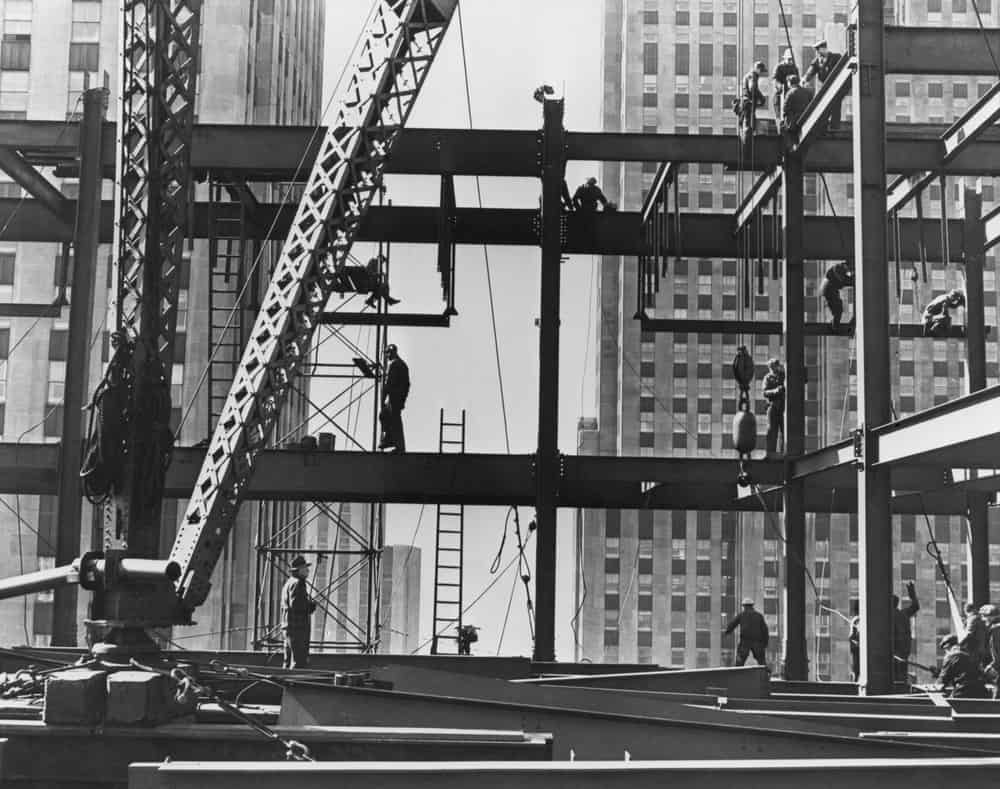 Galvanized steel has become a preferred construction material because of lower initial cost, lower maintenance costs, ease of inspection, faster construction time, and complete protection of structural elements. Galvanized steel manufacturers have a centuries-long history of innovation that have made and keep galvanized steel one of the world’s most important building materials and structural components.

How Long Has Galvanizing Been Around?

A chemist in France named P. J. Melouin presented a paper to the Royal Academy on a process for dipping steel in molten zinc to protect it from corrosion in 1742. Steel dipped in molten zinc became fashionable for making pots, pans, and kettles that would not corrode over years of use.

This product came to be known as “galvanized” not because of the manufacturing process, but because of the chemical principle that it defined. The scientists of the time recognized that zinc would combine with oxygen in the air more rapidly than iron. The electron had not been discovered, but scientists knew there was some kind of electrical interaction between the zinc coating with oxygen in the air created a zinc oxide coat that protected the iron beneath it.  At the time, all kinds of electrical reactions were known as “galvanic,” so zinc-coated steel became known as “galvanized steel.”

In 1824, the British chemist Sir Humphrey Davy discovered that when two different metals were submerged in water and linked by an electrical connection, the corrosion of one would prevent the corrosion of the other. He reasoned that bottoms of wooden naval vessels made from copper could be shielded from corrosion by attaching plates of zinc or iron to them. When copper bottoms were replaced with steel, they could also be protected by zinc. This observation propelled the galvanizing process into industrial prominence after two more inventions made using it possible.

In 1836 that French engineer Stanislaus Tranquille-Modeste Sorel took out a patent on the galvanizing process. Prior to Sorel, untreated steel was simply dipped in molten zinc to galvanize it.  Sorel’s innovation was to clean it in a diluted solution of water and sulfuric acid and fluxing it with an alkali, typically ammonium chloride, to make it the iron even more resistant to oxidation by the air, and only then dipping it into molten zinc. The very next year, in 1837, British inventor William Crawford was granted a patent for a related process.

Galvanized steel has been an essential structural component around the world for nearly 200 years.

Just seven years after William Crawford’s patent, in 1844, the British Royal Navy started using galvanized steel in construction of ships at the Pembroke Docks in Wales. British steelmakers were using 10,000 tons of zinc annually for protecting iron from rust by 1850. The production of galvanized steel soared after 1916 when an American assigned to the 29th Company Royal Engineers of the British Army, Major Peter Norman Nissen, invented the semi-cylindrical Nissen hut. This structure came to be known in the US as a Quonset hut.  Then throughout the rest of the twentieth century, galvanized steel found its way into a tremendous number of non-military applications uses like:

Not only has galvanized steel has become essential for the agriculture, automotive, furniture, manufacturing, power transmission, storage, transportation, and utilities industries – it’s used for so much more. Everywhere reliable structural strength is needed at optimal cost, galvanized steel is a material of choice.

Galvanized steel is a sustainable material for the twenty-first century.

Galvanized steel isn’t just profoundly useful. It’s also easily recyclable. The process of galvanizing steel has become so efficient that galvanization is less expensive than painting. And the raw material of galvanizing, zinc, is a non-toxic and even essential component that sustains ecosystems all over the world.

This is a proven product that just keeps becoming more cost-effective and more reliable. Galvanized is the structural material with the 200-year history and a long, long future.